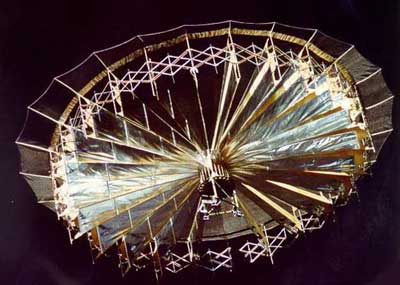 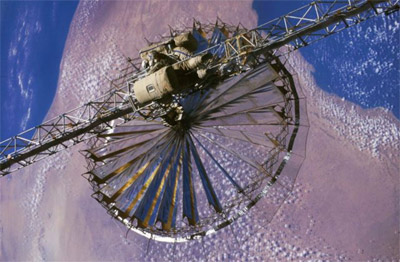 The Reflektor experiment to build a lightweight deployable antenna reflector. It was built by Energia-GPI Space (EGS), a joint Company founded in 1998 by RSC Energia (Russia) and the Georgian Polytechnical Intellect Ltd. (GPI, Georgia).

The experiment was designed at GPI and built by Tbilisi Aircraft State Association with some materials provided by RSC Energia. It was delivered by the Progress-M 42 spacecraft to the space station Mir.

During an EVA, two cosmonauts mounted the experiment on the Sofora mast and unfurled the Reflektor experiment, which was to test out technologies for large lightweight antenna reflectors. After some difficulties, the antenna was unfurled to 6.4 m × 5.2 m size and finally deployed from the Sofora mast.