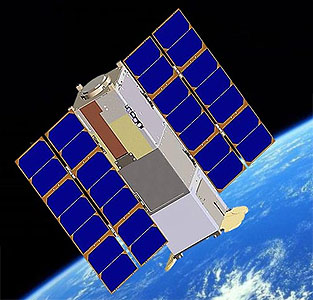 RAVAN will demonstrate how accurate and wide-ranging measurements of Earth's outgoing radiation can be made with a remarkably small instrument. The RAVAN team includes partners at Draper Laboratory in Cambridge, Ma.; L-1 Standards and Technology in New Windsor, Md.; and NASA's Goddard Space Flight Center in Greenbelt, Md.

RAVAN will use a small, accurate radiometer, developed at L-1 Standards and Technology and not much larger than a deck of cards, to measure the strength of the Earth's outgoing radiation across the entire spectrum of energy  from the ultraviolet to the far infrared. The secret to RAVAN's precise measurements is a "forest" of carbon nanotubes, grown at APL, that serve as the radiometer's light absorber. "The carbon nanotubes are a very deep black across the energy spectrum, which will let the radiometer gather virtually all the light reflected and emitted from the planet.

It was selected in 2014 by NASA's CubeSat Launch Initiative (CSLI) to be launched as part of the ELaNa program. The RAVAN mission was launched in November 2016.