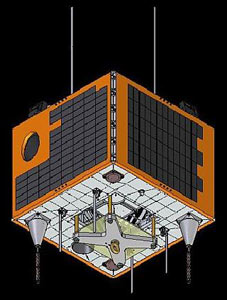 RASAT is the first remote sensing satellite that is being developed and manufactured in Turkey by Turkish engineers. The predecessor mission was BILSAT 1, which was launched in 2003 and was operational until August 2006 when it battery failed.

The RASAT project started in 2004 with requirements calling for an optical imager with a resolution of 7.5 m in the panchromatic band and 15 m in the multispectral bands.