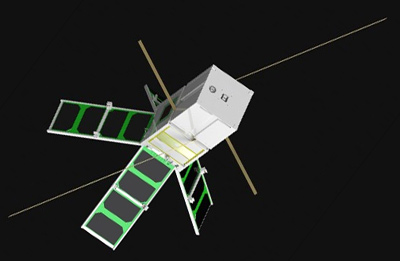 Students at Morehead State University are building the RAMPART (Rapidprototyped MEMS Propulsion And Radiation Test) amateur radio CubeSat with a propulsion system that will raise the apogee of its orbit from 500 km to 1200 km.

It is a 2U CubeSat and will use a self-contained, warm gas, propulsion system to adjust satellites initial circular orbit of 500 km to an eliptical orbit with an apogee of 1200 km and perigee of 500 km at a 45° inclination.

The other objectives of the mission are:

RAMPART was to be launched as a piggy-back payload on a Minotaur-1 from Wallops Island in June 2013, but was delayed to a later launch. Apparently it has been cancelled.