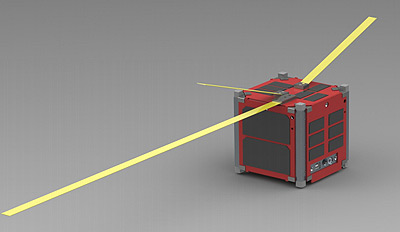 The assessor mission will involve an interplanetary craft that will deploy two cubesats in close proximity to the NEO. These sub-satellites will take different paths around the object, imaging it and characterizing its gravitation field. This will facilitate the determination of the objects mass and composition.

To meet the mission objectives, R2S incorporates two visible-light imagers, a GPS receiver, an inertial measurement unit, and a dedicated microprocessor to manage these instruments and process collected data.

Once it is released into low-Earth orbit, R2S will power up. deploy its communications antennas, and perform system checks. R2S will then capture images of the Earth. Position and attitude data, along with time stamps, will be stored with each image. Statistical analysis will be used to identify candidate images, and R2S will attempt to assemble usable images into a mosaic image. Super-resolution techniques will be employed to enhance the images, and the final images will be downlinked to either the UND or ISU ground station.

R2S will also periodically communicate with multiple satellites in the Global Positioning System (GPS) to determine its location relative to these satellites, and report this information to the ground stations as a part of its system status.

It was selected in 2012 by NASA's CubeSat Launch Initiative (CSLI) to be launched as part of the ELaNa program.