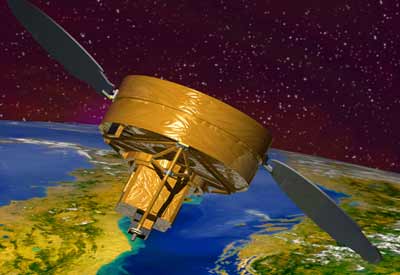 The QuikTOMS (Quick Total Ozone Mapping Spectrometer) mission is to continue daily mapping of the global distribution of the Earth's total column of the atmospheric ozone with Total Ozone Mapping Spectrometer Flight Model 5 (TOMS-5). TOMS-5 was scheduled to be launched in the year 2000 aboard the Russian satellite, Meteor-3M(2), but the Meteor-3M(2)/TOMS-5 mission was terminated in April 1999. Because of the timeliness requirement of ozone monitoring, NASA had to formulate a new mission to fly TOMS-5 in a very short time. The continuous observation of the global ozone past the year 2000 is critical in order to monitor the expected recovery of ozone as levels of chloroflourocarbons (CFCs) decrease from their current maximum as a result of the Montreal Protocol limits.

The QuikTOMS spacecraft is a modified MicroStar Bus tailored for the QuikTOMS mission, and is procured through the NASA/GSFC Rapid Spacecraft Development Office (RSDO)'s the Indefinite Quantity Indefinite Delivery (IQID) contract from the RSDO's catalog.

QuikTOMS was lost in a launch vehicle failure.