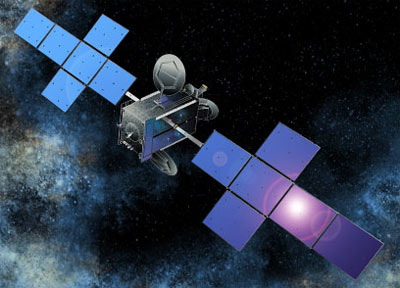 SES S.A. announced in February 2009 that it has signed a contract with Space Systems/Loral for the procurement of QuetzSat-1, a high-power communications satellite with coverage of Mexico, North America and Central America. QuetzSat-1, procured by SES Satellite Leasing Limited in the Isle of Man, is the fourth satellite project for the two companies. QuetzSat-1 is fully contracted to a subsidiary of EchoStar Corporation and will be used in part by Dish Mexico, an EchoStar joint venture, for DTH services in Mexico. It is further expected that EchoStar and its Satellite Services division will provide capacity on QuetzSat-1 to a subsidiary of DISH Network Corporation for use in connection with its U.S. DTH business.

QuetzSat-1, which was launched in September 2011, is a high powered Ku-band satellite designed to provide service for 15 years or more, and is based on the flight-proven SSL-1300 satellite platform which provides flexibility for a broad range of applications.

The satellite is located at 77 degrees West. Rights to use this orbital position for direct broadcast services (DBS) were granted in 2005 by the Mexican government to QuetzSat S. de R.L. de C.V., a Mexican-controlled company comprised of SES and Mexican investors.