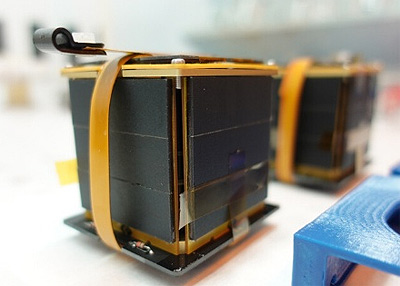 Qubik 1 and Qubik 2 are picosatellites developed by the Libre Space Foundation, a non-profit association developing pocketqube picosatellite technology. They are built to the 1P PocketQube form factor.

These satellites are to conduct a series of telecommunications related experiments, while at the same time, ground station analysis of the received signals will try to exploit doppler variations in order to perform orbit determination and satellite identification from radio amateur stations around the world. The telecommunication experiments will use several different modulation, coding and framing schemes, with the intention to provide insights about their performance at nano-pico-satellite missions. In addition the frame itself will be organized in such a way so spacecraft identification can be performed as early as possible from the PHY (using orthogonal or PN sequences).

Two of these satellites are to be launched on the maiden Firefly-α flight in late 2020.