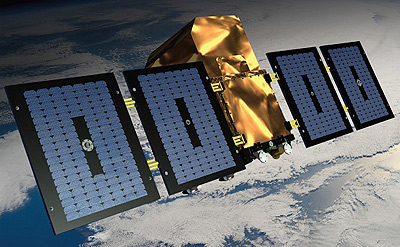 QinetiQ is the builder of the satellites. The satellites use optical communications system for the distribution of the quantum keys. The launch mass is 300 kg.

The spacecrafts will each be launched aboard a LauncherOne rocket built by Virgin Orbit beginning in 2023 from Spaceport Cornwall (Newquay Airport).

In 2019 ESA has placed a contract with Arqit co-funding the development of the first QKDSat satellite. The development is progressing well and the satellite is due for launch in 2023.

In December 2022 Arit announced, that they are scrapping plans for a space-based quantum encryption network, saying it has developed a terrestrial distribution method for symmetric key cryptography. There are discussions with a number of potential customers to buy the satellite that is currently under construction, according to Arqit, and for licenses to use its quantum satellite intellectual property. The decision does not affect the construction of a satellite that Qinetiq is currently building under a contract partly funded by the European Space Agency.