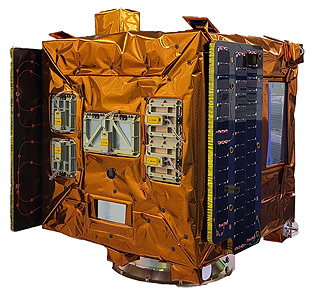 PVSAT (Performance Verification Satellite) is a vehicle evaluation payload for the second flight of the Nuri (KSLV-2) rocket.

PVSAT carries five cubesat deployers. Four cubesatellites developed by domestic universities will be carried along with payloads to verify the performance of space technology developed in Korea. The mission will be carried out for two years in a solar-synchronous orbit between 600 and 800 km. The fifth deployer will hold a dummy cubesat.

The weight is about 180 kg (including 4 cube satellites) and the size is 0.9 m. It is equipped with a domestically developed heating battery, control moment gyro, and S-band antenna to check whether the payload operates according to the design in the space environment.