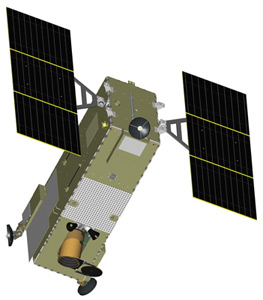 The Precision Tracking Space System (PTSS) was a proposed constellation of satellites in the Ballistic Missile Defense System (BMDS), designed to track ballistic missiles shortly after launch and throughout their midcourse flight. PTSS will provide sensor data to the BMDS battle manager which will, in turn, send tracking data to deployed Aegis cruisers/destroyers and their on-board interceptor missiles. PTSS enables the early intercept of enemy ballistic missiles and increases the missile raid handling capacity of the BMDS.

With PTSS, the Missile Defense Agency is using a proven acquisition approach  the initial development program is performed by government and military laboratories, followed by a competitive procurement with industry for production. The program also has embedded military service representatives from the Air Force and from the Navy.

A first prototype, developed by Johns Hopkins Universitys Applied Physics Laboratory, was planned to be orbited in 2015. An industry team was expected to be chosen in 2014 to build between nine and 12 operational spacecraft planned to begin launching in 2018.

PTSS was officially cancelled in the 2014 budget request sent to Capitol Hill in April 2013.