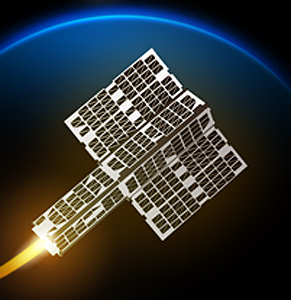 The PropSat (Propulsion Satellite) 3U CubeSat is a mission to test a propulsion unit for the ALL-STAR bus.

The propulsion system, named PropSat, stores R-134a refrigerant in its liquid phase to maximize the amount of propellant on board. When thrusting is initiated, a valve is actuated allowing the refrigerant to vaporize into a heated expansion chamber, called the plenum. After additional heating to ensure all the liquid has vaporized, a second valve is actuated at a specified temperature and pressure allowing the vaporized propellant to be expelled out of the nozzle. Taking advantage of the relatively high vapor pressure of the R-134a refrigerant, and vaporizing completely to maximize specific impulse (an efficiency measure), the safe and simple PropSat will be capable of providing the 4 kg 3U CubeSat with a total ΔV (change in velocity) of approximately 15 m/s, with a maximum pulse ΔV of 0.25 m/s, while only occupying about 0.75U. It should be noted that the propulsion system is not capable of attitude adjustment and control, as there is only one centrally located nozzle.