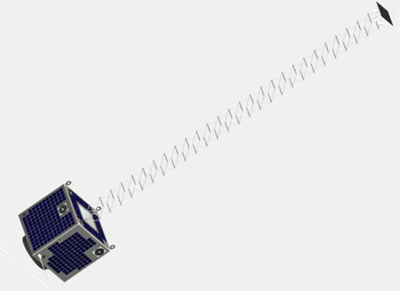 A team of students and faculty members of Osaka Institute of Technology (OIT) are now developing a small satellite called MicroSat with an electric propulsion rocket engine, which is installed with radio equipment. The project called PROITERES (PRoject of OIT Electric-Rocket-Engine Onboard Small Space Ship) aims to demonstrate powered-flight technology for an ultra-small satellite and to monitor the Kansai District with a high-resolution camera. PROITERES also aims to reduce development costs and shorten the development period drastically by miniaturizing the satellite and its component parts.

The project focuses on:

PROITERES was successfully launched, but in 2013 did not respond to any ground commands, although still broadcasting telemetry data. The Osaka Institute of Technology team abandoned attempts to restore communications with PROITERES satellite and proceeded with development of the PROITERES-2 design.