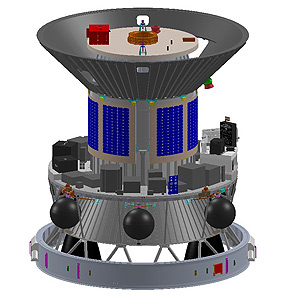 POEM (PSLV Orbital Experimental Module) is an experimental mission by ISRO which performs in-orbit scientific experiments using the spent PS4 stage of the PSLV-CA launch vehicle as an orbital platform.

It is first time that PS4 stage would orbit the earth as a stabilized platform. Attitude stabilization is achieved using a dedicated NGC system. POEM derives the power from the solar panels mounted around the PS4 tank and a Li Ion battery. It navigates using four sun sensors, a magnetometer, gyros and NavIC. It carries dedicated control thrusters using Helium gas storage. It is enabled with telecommand feature.