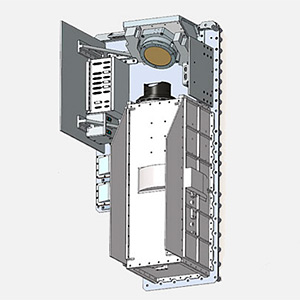 PIRPL (Prototype Infra-Red Payload) is a joint effort of the Space Development Agency (SDA) with the Missile Defense Agency (MDA) and being developed by Northrop Grumman, to develop a medium field of view, multispectral imager for OPIR to be able to demonstrate the feasibility and use of that for the Tracking Layer Tranche 1 payloads.

PIRPL is a multispectral camera made by Northrop Grumman under a $13.8 million contract. It is mounted initially on the outside of Cygnus CRS-16 (NG 16). Upon arrival at the ISS, PIRPL will begin collecting infrared data and expanding detection capabilities that will aid in the development of algorithms for the next generation of tracking satellites. PIRPL will gather imagery through the entire NG-16 mission expected to last about three months. After Cygnus CRS-16 leaves the space station, PIRPL will be released from the spacecraft and briefly operate in free flying mode so it can collect more data from different angles before reentering the atmosphere.