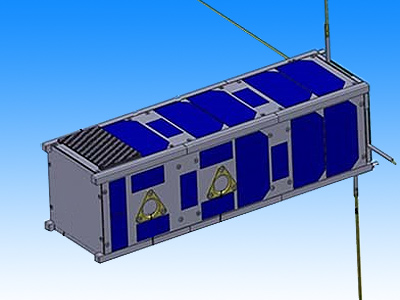 PEASSS (Piezo Electric Assisted Smart Satellite Structure) is a 3U CubeSat built by a multi-national consortium.

The main objective of the project is to develop, manufacture, test and qualify "smart structures" which combine composite panels, piezoelectric materials, and next generation sensors, for autonomously improved pointing accuracy and power generation in space. The system components include new nano satellite electronics, a piezo power generation system, a piezo actuated smart structure and a fiber-optic sensor and interrogator system.

The satellite was launched on a bulk Cubesat launch on an Indian PSLV-XL in February 2017.