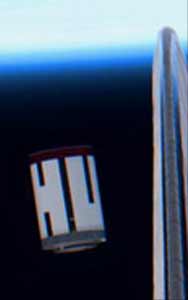 PAMS-STU (Passive Aerodynamically Stabilized Magnetically Damped Satellite - Satellite Test Unit) was intended to test out a passive aerodynamic stabilization and magnetic damping system. It had an unbalanced mass distribution and two magnetic rods. The interaction of the rods with Earth's magnetic field was expected to damp any wobble or spin.

This technology demonstration was required so that this concept could be used on another satellite, the Gravity and Magnetic Earth Surveyor (GAMES), which would be flown in order to evaluate the gravity field of the Earth to a high precision. GAMES was cancelled in 1994.

PAMS was deployed during the Space Shuttle Mission STS 77 in May 1996. The PAMS-STU flight measurements met complications that prevented validation and calibration of the FREEMOL software, but the cone angle estimates made by space shuttle astronauts during rendezvous verified that the satellite's attitude stabilized. During flight, the instrument intended to measure the satellite's attitude failed. Although this portion of the PAMS-STU flight was a failure, the overall project was still deemed a success.