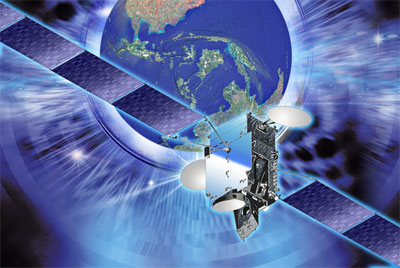 PT Indosat Tbk appointed in July 2007 Thales Alenia Space to build and launch the Palapa-D satellite. Palapa-D, which was launched during second half 2009, replaced the aging Palapa-C2 satellite at 113º East.

Based on Thales Alenia Space Spacebus-4000B3 platform, Palapa-D satellite has a larger capacity compared to Palapa-C2 satellite of which it has 24 standard C-band, 11 extended C-Band and 5 Ku-band transponders, with coverage of Indonesia, ASEAN countries, Asian countries, Middle East and Australia. Palapa-D satellite will have a launch mass of 4.1 tons, a payload power of 6 kW and service life time of 15 years.

The cost of building and launching Palapa-D project is between US$200 - US$300 million. Indosat financed this Palapa-D satellite with company's internal and external resources.

The satellite was launched on 31. August 2009, but the launch vehicle undeperformed and left the satellite in a too low transfer orbit. Palapa D was able to maneuvere itself into the planned GEO, but with a reduced lifetime.