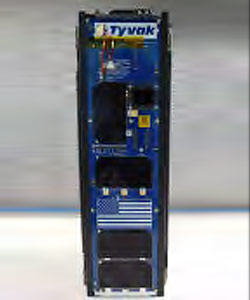 The company will conduct payload tests to prove the performance of several of its commercial space technologies once the satellite is commissioned and in orbit. The mission was undertaken to give the companys customers additional assurance and confidence that an electronic controller and propulsion system perform as specified in the harsh space environment where reliability, precision and control are paramount. PacSci EMC self-funded PACSCISAT to establish flight heritage, or flight-proven history, for these products.

After a two-week satellite commissioning period once the satellite is in orbit, PacSci will conduct payload tests using the SEA controllers to fire the initiators and MAPS rocket motors. MAPS is a solid, clean-burning propellant array of rocket motors, which were fired in pairs to maneuver the satellite. SEA Technology is capable of precisely actuating hundreds of pyrotechnic devices on launch vehicles and satellites while taking up very little volume, mass or power. It can actuate launch vehicle rocket motors, stage separation systems, release devices and deploy satellites into space. On satellites and space vehicles, SEA Technology can deploy solar arrays, scientific instruments and many other devices, and can use either pyrotechnic or non-explosive, motorized actuators in any combination needed. SEA is also at the heart of MAPS.