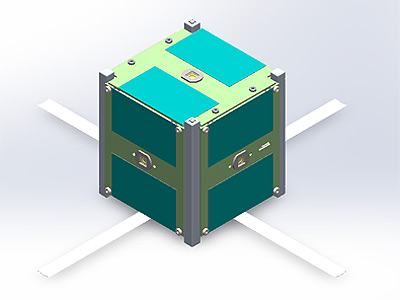 OwlSat is a scientific investigation by Rice University that will analyze the relationship between solar activity and the Earth's thermosphere.

OwlSat is an 1U CubeSat. It will record extreme ultraviolet (EVU) radiation measurements of the Sun, the satellites orbital velocity and orbital position to characterize how varying EUV values impact the orbital decay rate. The data will allow for more comprehensive predictions for orbiting bodies, such as space debris and small satellites.

It was selected in 2020 by NASA's CubeSat Launch Initiative (CSLI) to be launched as part of the ELaNa program.