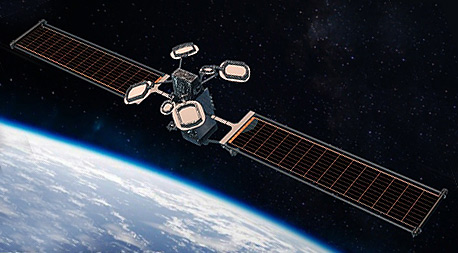 Ovzon 3 is a planned small communications satellite of the Swedish / US company Ovzon .

Ovzon 3 was originally to be launched directly to geostationary orbit by a Falcon-Heavy (Block 5) in 2021, likely in a shared launch. In August 2019, the launch contract was changed to an Ariane-5ECA+, to deliver the payload into a getstationary transfer orbit in early 2023. In September 2022 it ras reported, that the satellite will not be on the Ariane-5 launch, but it is unclear, which other launch options are pursued.