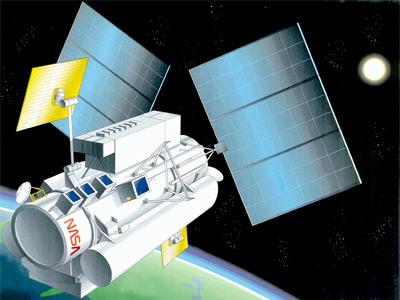 The main objective of the mission was to acquire images of the solar surface with the high spatial resolution required for the determination of density, temperature, magnetic field, and non-thermal velocity field in solar features on the scale at which many basic physical processes occur – less than 0.2 arcsec. In addition, high-resolution spectroscopy was to be performed.

OSL was to consist of five instruments. The main telescope was to use an f/24 on-axis Gregorian configuration with primary mirror 1.1 m in diameter, useful throughout the 220 - 1000 nm range and providing a 3.9 arcmin field of view with 0.15 arcsec resolution. Three instruments were to make up the Coordinated Instrument Package (CIP) and share the focal plane at the Gregorian focus. These instruments were to obtain narrow-band and broad-band filtergrams as well as high-resolution spectrograms. Charge-coupled Device (CCD) cameras were to be employed in each instrument in the CIP while the remaining instrument packages were to use self-contained telescopes and acquire high-resolution UV spectra and XUV and X-ray images. A finder telescope was to provides a continuous full-Sun image for reference by users of the other, limited field-of-view instruments.

The OSL spacecraft was to be three-axis stabilized, with pointing accuracy of 9 arcsec in pitch/yaw and 30 arcmin in roll; image motion compensation was to be carried out within the individual instruments to achieve better than 0.2 arcsec stability. After launch on a Delta-7920-10 from Vandenberg AFB, a polar, Sun-synchronous orbit was to be used to achieve more than 250 full-Sun days per year. Two solar arrays were to provide power. The Tracking and Data Relay Satellite System (TDRSS) contact were to provide 2×107 bit/s telemetry for eight hours/day on average. The mission was planned for three years or longer and mission operations are to include near-realtime targeting during TDRSS contacts.

The OSL mission was cancelled in 1993.