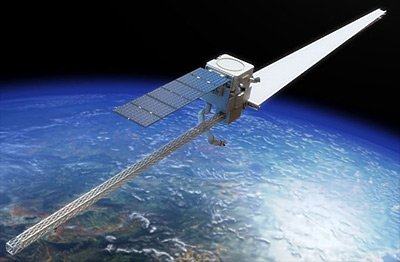 OSAM 2 (On-orbit Servicing, Assembly and Manufacturing), formerly known as Archinaut One, is a mission to test manufacturing spacecraft parts in orbit. The satellite will 3D-print two beams that extend 10 meters out from each side of the spacecraft. As manufacturing progresses, each beam will unfurl two solar arrays that generate as much as five times more power than traditional solar panels on spacecraft of similar size.

NASA has awarded a $73.7 million contract to Made In Space, Inc. of Mountain View, California, to demonstrate the ability of a small spacecraft, called Archinaut One, to manufacture and assemble spacecraft components in low-Earth orbit. The in-space robotic manufacturing and assembly technologies could be important for Americas Moon to Mars exploration approach. The Archinaut team includes Made In Space, Northrop Grumman of Falls Church, Virginia, Ames, and NASAs Jet Propulsion Laboratory in Pasadena, California. The satellite bus is built by Blue Canyon Technologies.

The contract is the start of the second phase of a partnership established through NASAs Tipping Point solicitation. The public-private partnership combines NASA resources with an industry contribution of at least 25% of the program costs, shepherding the development of critical space technologies while also saving the agency, and American taxpayers, money.