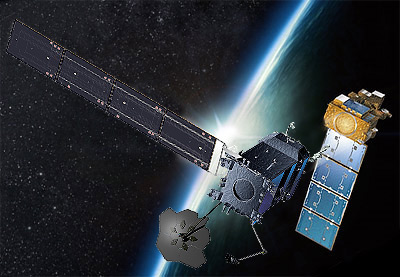 Restore-L is a free-flying mission projected to launch in 2020 to perform in-orbit satellite servicing on an operational government asset in low-Earth orbit.

The Restore-L mission, an endeavor to launch a robotic spacecraft in 2020 to refuel a live satellite. The mission  the first of its kind in low-Earth orbit - will demonstrate that a carefully curated suite of satellite-servicing technologies are fully operational. The current candidate client for this venture is Landsat 7, a government-owned satellite in low-Earth orbit.

Beyond refueling, the Restore-L mission also carries another, weighty objective: to test other crosscutting technologies that have applications for several critical upcoming NASA missions. As the Restore-L servicer rendezvous with, grasps, refuels, and relocates a client spacecraft, NASA will be checking important items off of its technology checklist that puts humans closer to Mars exploration.

Restore-L technologies include an autonomous relative navigation system with supporting avionics, and dexterous robotic arms and software. The suite is completed by a tool drive that supports a collection of sophisticated robotic tools for robotic spacecraft refueling, and a propellant transfer system that delivers measured amounts of fuel at the proper temperature, rate, and pressure.

NASA has awarded the Restore-L Spacecraft Bus and Support Services contract to Space Systems/Loral of Palo Alto, California. Restore-L is a robotic spacecraft based on the SSL-1300 bus, equipped with the tools, technologies and techniques needed to service satellites currently in orbit.

The contract has a firm-fixed-price and includes a three-year core period and a two-year indefinite-delivery/indefinite-quantity portion. The total maximum value of the contract is $127 million.