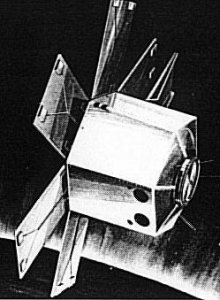 In the late 60ies, NASA proposed a technological mission to improve the reference point of spacecraft guidance, navigation and pointing systems for precision pointing satellites, which used up to this date the earth's limb as reference.

OrbScan (Orbital Scanner) was to map a stable band of infrared radiation at 40 to 65 km height in the earth's atmosphere from a polar orbit during one year of operation to assure complete data in all seasonal conditions.

The satellite was never flown. Possibly its sensors were tested on other missions.