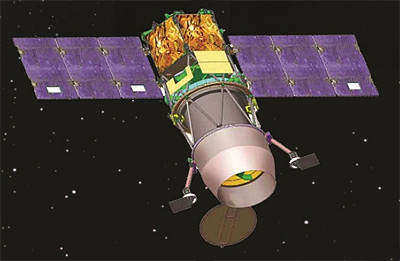 In June 2012 the Italian Defense Ministry announced a contract to buy the OPTSAT-3000 high-resolution optical reconnaissance satellite from Israel as part of an offset package agreed to in exchange for the Israeli Defense Ministrys purchase of Italian trainer aircraft.

OPTSAT-3000 was regarded as a gap-filler until the now cancelled Italian-made optical reconnaissance satellite OpSIS for Italian defense authorities became operational. It will allow national defense entities to acquire and use high-resolution images from any part of the globe.

The 300 kg satellite to be purchased by Italy as part of the contracts offset package would have a ground sampling distance sharper than 1 meter. Its performance could approach that of Israels Ofeq 9 optical reconnaissance satellite, which was launched in 2009.

The OPTSAT-3000 system is supplied by the prime contractor Telespazio, a joint venture between Leonardo (67%) and Thales (33%). Telespazio is responsible for the entire system, including the satellite, ground segment, launch and early orbital operations, preparation and execution of operations and logistics, in-orbit tests and commissioning. The satellite and ground control systems were built by Israel Aerospace Industries (IAI), chosen by the Italian Ministry of Defense on the basis of an inter-governmental agreement between Italy and Israel. OHB Italia is responsible for the launch services and related engineering support.

The satellite uses the three-axis stabilized IMPS-2 platform built by Israel Aerospace Industries and is generally similar to Ofeq 11 satellite.

The OPTSAT-3000 system will be inter-operable with Italys second-generation COSMO-SkyMed radar satellites. This will give the Italian Defense Ministry access to state-of-the-art technology, and ensure maximum operational capabilities because of the combined optical and radar data offered by the two systems.