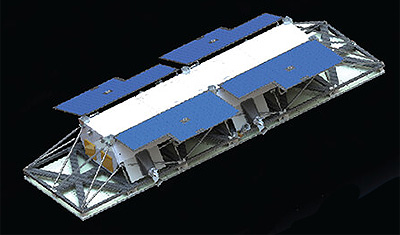 The satellites are planned to be built by SSTL. They will operate in pairs consting of each a radar and optical satellite and will be deployed in two orbital planes, with eight satellites in polar sun-synchronous orbit and the other eight in a medium-inclination orbit at an angle of between 20 and 45° inclined to the equator.

The synthetic-aperture radar (SAR) satellites, each with a launch mass of about 1400 kilograms, are to carry two radar systems, one operating 5 m resolution L-band, and one 1 m resolution X-band. Additionally they will carry Automatic Identification System (AIS) sensors for maritime ship traffic tracking.

In August 2017 Urthecast announced to launch a stand-alone SAR precursor satellite ahead of the constellation on request of one customer.