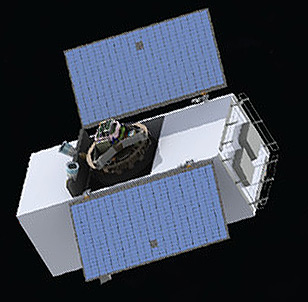 The satellites are planned to be built by SSTL. They will operate in pairs consting of each a radar and optical satellite and will be deployed in two orbital planes, with eight satellites in polar sun-synchronous orbit and the other eight in a medium-inclination orbit at an angle of between 20 and 45° inclined to the equator.