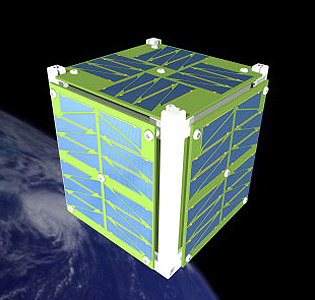 The OPEN (Open Prototype for Educational NanoSats), also known as OpenOrbiter, is an 1U CubeSat mission developed at the University of North Dakota to demonstrate an standatdized CubeSat bus.

The OPEN mission aims to reduce mission risk and cost for universities, researchers and other spacecraft developers through the creation of an open-hardware/open-source software framework for CubeSat development. The designs use low-cost commercial off-the-shelf parts and easily-to-fabricate printed circuit boards that can be made using the budget of $5,000 in parts for a basic spacecraft. The designs, fabrication instructions, testing plans and educational/course integration notes produced as part of the OPEN effort will be made publicly available.

The payload consists of a visual light camera and a software-defined radio.

It was selected in 2015 by NASA's CubeSat Launch Initiative (CSLI) to be launched as part of the ELaNa program.