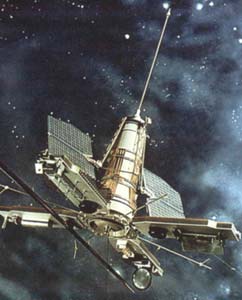 The Okean-O series were operational satellites for monitoring of ocean surfaces. They were follow-ons for the experimental Okean-E and Okean-OE satellites. achteOne spacecraft in orbit provides a full coverage of the entire Russian Arctic water surface with imagery data for 3-5 days.

The satellites were based on the Tselina-D bus and carried an X-band Side Looking Real Aperture Radar, passive MW radiometers and multispectral scanners measuring the emission radiation of the atmosphere/ocean system.

The much larger Okean-O series was conceived as a follow-on, but only a single satellite was built. A modified Okean-O1 was built as the Sich 1M.