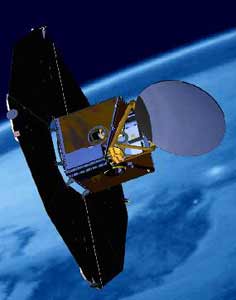 The Odin spacecraft is designed to serve both astronomy and aeronomy. For aeronomy the spacecraft follows the Earth limb - scanning the atmosphere up and down from 15 to 120 km at a rate of up to 40 scans per orbit. When observing astronomical sources Odin is continuously pointing towards the object for up to 60 minutes.

The Astronomy objective is to perform detailed studies of the physics and the chemistry of the interstellar medium by observing emission from key species. The following classes of objects will be main targets for observations:

The aeronomy research will address scientific problem areas in the stratosphere and mesosphere by making measurements of various trace species. The scientific goals can be summarized as follows:

Odin was designed and built by the Swedish Space Corporation (Svenska Rymdbolaget or Rymdaktiebolaget).