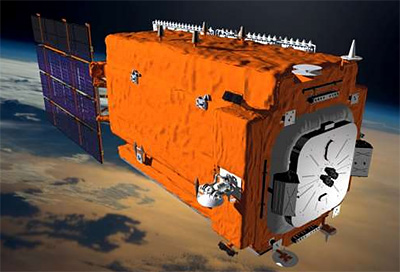 The satellite features the BRLK X-band Synthetic Aperture Radar as the imaging instrument with a ground resolution of 500 m.

The first satellite of the Obzor-R design is planned to be launched on a Soyuz-2-1a booster from the Vostochny cosmodrome in 2021.