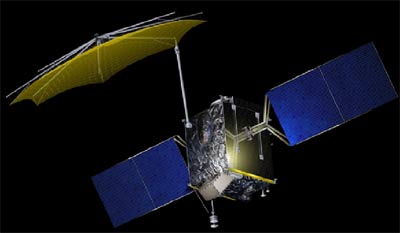 On the N-STAR c program, Orbital is partnered with Lockheed Martin Corporation to build and launch a geosynchronous communications satellite for Japan's NTT Mobile Communications Network, Inc. (NTT DoCoMo). Lockheed Martin is serving as prime contractor and payload supplier and integrator, while Orbital is responsible for providing the space system, including the satellite bus and related ground system, as well as procuring the launch vehicle and conducting initial satellite operations.

N-STAR c was launched and delivered to orbit in early July 2002. It provides S-band communications services to mobile users in Japan.