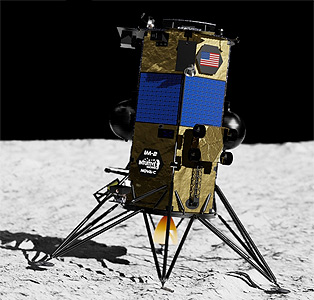 Nova-C is a lunar lander privately developed by Intuitive Machines for the Google Lunar-X-Prize and later offered commercially.

In May 2019, Intuitive Machines' Nova-C was selected by NASA's Commercial Lunar Payload Services (CLPS) program to deliver up to five payloads to Oceanus Procellarum by July 2021 to support the Artemis lunar program.

Following NASA payloads have been selected for the mission:

Additionally, following commercial payloads are on board: