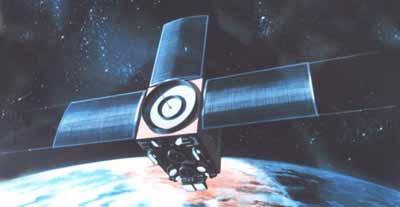 These were a series of reconfigured ITOS (Improved TIROS Operational Satellite) satellites launched with new meteorological sensors onboard to expand the operational capability of the ITOS system. NOAA was not equipped with conventional TV cameras. It was the first operational weather satellite to rely solely upon radiometric imaging to obtain cloudcover data. The primary objective of NOAA was to provide global daytime and nighttime direct readout real-time cloudcover data on a daily basis. The sun-synchronous spacecraft was also capable of supplying global atmospheric temperature soundings and very high resolution infrared cloudcover data for selected areas in either a direct readout or a tape-recorder mode. A secondary objective was to obtain global solar-proton flux data on a real-time daily basis.

The primary sensors consisted of:

The VHRR, VTPR, and SR were mounted on the satellite baseplate with their optical axes directed vertically earthward. The nearly cubical spacecraft measured 1 by 1 by 1.2 m. The satellite was equipped with three curved solar panels that were folded during launch and deployed after orbit was achieved. Each panel measured over 4.2 m in length when unfolded and was covered with approximately 3500 solar cells measuring 2 by 2 cm. The NOAA dynamics and attitude control system maintained desired spacecraft orientation through gyroscopic principles incorporated into the satellite design. Earth orientation of the satellite body was maintained by taking advantage of the precession induced from a momentum flywheel so that the satellite body precession rate of one revolution per orbit provided the desired earth-looking attitude. Minor adjustments in attitude and orientation were made by means of magnetic coils and by varying the speed of the momentum flywheel.