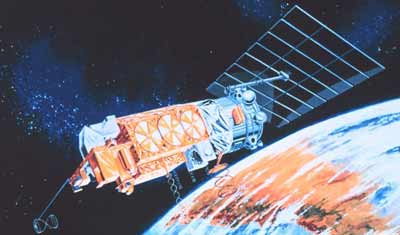 These satellites were built by RCA Astro based on the military DMSP-5D1 series of satellites. They were 3-axis stabilized satellites featuring an integrated upperstage system called ISS (Integrated Spacecraft System), which allowed the satellite to act as the second stage of the launch vehicle. The second stage is a solid fueled Star-37E rocket motor containing about 658 kg of propellant and is an integral part of the spacecraft. Its propellant burns to depletion and the motor assembly case, weighing 48 kg, is left in orbit with the spacecraft. Three-axis stabilization of the spacecraft during the second stage burn is provided by nitrogen and hydrazine thrusters. The satellite were 1.88 m in diameter and 3.71 m long.

Following instruments were carried on board:

NOAA 6 (NOAA A) was launched on 27 June 1979. In early 1984, only one to two NOAA 6 passes were taken per day due to priorities for NOAA 7 and 8 data. However, when NOAA 8 failed in late June 1984, NOAA 6 was returned to full operational status to continue to provide morning orbit operational data.

The launch of NOAA B on 29 May 1980 was not successfully, as the Atlas-F Star-37S-ISS failed to put the satellite into a usable orbit.