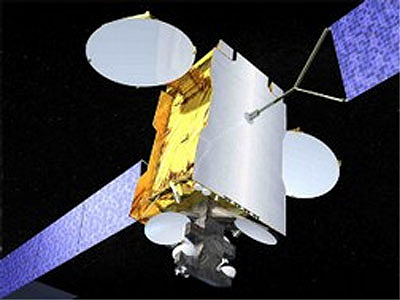 EADS Astrium has been selected in January 2006 by Telesat to build the company's new Nimiq 4 satellite. This is the third consecutive order for a Eurostar E3000 satellite from the Canadian-based operator following Anik F1R and Anik F3. Planned to enter service in 2008, Nimiq 4 will broadcast direct-to-home TV from its orbital location of 82º West.

Nimiq 4 will continue to enhance digital television services in Canada. It will feature 32 active high-power transponders in Ku-band and 8 in Ka-band. The multi-spot Ka-band payload will provide coverage of the most densely populated regions of Canada.

EADS Astrium, as prime contractor for Nimiq 4, will design and build the satellite and supply both the payload and the platform. EADS Astrium's facilities in the UK Germany, Spain and France and will contribute to the design and manufacture of the spacecraft. Canadian industry will supply a significant part of the spacecraft equipment and technologies.

Nimiq 4 is based on the Eurostar-3000S version of the highly successful Eurostar communications satellite. It will have a launch mass of 4.8 tons, a solar array span of 39 meters once deployed in orbit, and spacecraft power of 12 kW at end of life. The double-floor E3000 model is equipped with an all-chemical propulsion system and Lithium-Ion batteries. The satellite, operating in geostationary orbit, will provide commercial services for a minimum of 15 years.