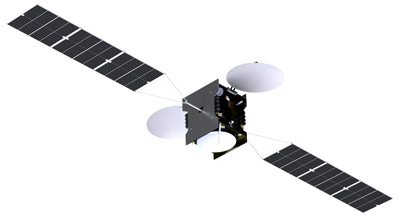 The state-of-the-art geostationary satellites are specifically being developed to serve small and midsized markets in Asia, Middle East and Africa (AMEA), which are currently not being addressed or are otherwise underserved by larger and more expensive satellite networks.

The two satellites were to be launched on an integrated dual stacked configuration and delivered in-orbit. The satellites will each weigh less than one ton and carry up to 16 Ku-band transponders. Spacecraft were expected to be in operation by late 2017. They will feature all electric propulsion for orbit raising and station keeping. The satellite pair was baselined for a joint launch on an Indian GSLV Mk.2(1) rocket.

The project was delayed to a planned launch in 2025.