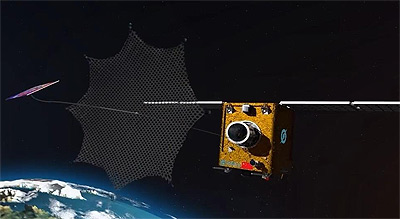 NEO-1 will deploy a small tethered target, which will then be captured by a deployable net. Afterwards the NEO-1 satellite will use electric propulsion to deorbit.