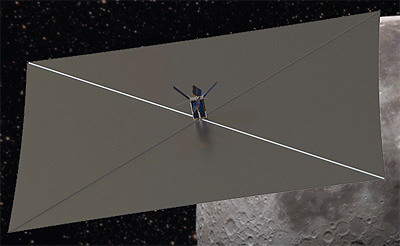 NEA-Scout (Near Earth Asteroid Scout) is a cubesat mission by the NASA Marshall Space Flight Center to perform a slow flyby and rendezvous maneuver with a Near Earth Asteroid (NEA) and characterize it in a way that is relevant to human exploration.

This mission is based on the JPL Deep Space NanoSat 6U cubesat Bus and features an 80 m2 solar sail. The payload will consist of a COTS 4-band spectrometer.

NEA-Scout is one of 13 cubesats planned to be carried with the Orion Artemis-1 mission into a heliocentric orbit in cis-lunar space on the maiden flight of the SLS (Block 1) iCPS launch vehicle in 2021.