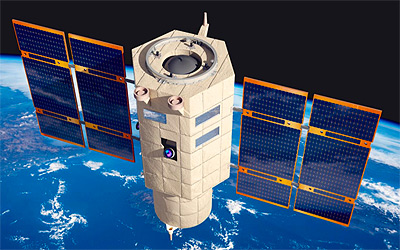 Designed for governmental and military purposes, the high-resolution reconnaissance satellite will provide global coverage, being able to capture more than one hundred images per day. By collecting the satellites data, Luxembourg intends to participate more actively in the Europe and North Atlantic Treaty Organization (NATO) defense efforts.

This dual-use governmental system will provide imagery for a large spectrum of applications within following domains (non-exhaustive):

The 800 kg satellite will be built by OHB Italia and is equipped with a very high-resolution optical camera with a ground reolution of 50 cm in around 450 km high, sun-synchronous orbit. Orbiting the planet 15 times a day, it allows a global coverage. It will have a operational life time of 7 years.

The satellite will be operated by LUXEOPs, a formal Luxembourg Temporary Partnership founded by RHEA System Luxembourg S.A., LUXSPACE sàrl (Luxembourg), OHB Digital Connect GmbH (Germany) and RHEA System S.A. (Belgium), supporting the Luxembourg government for the operation and maintenance of the system.

NAOS will be launched in 2023 on an Arianespace Vega-C rocket into a 500 km sun-synchronous orbit.