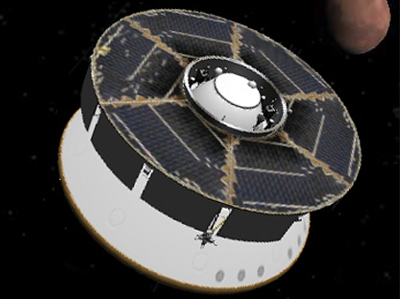 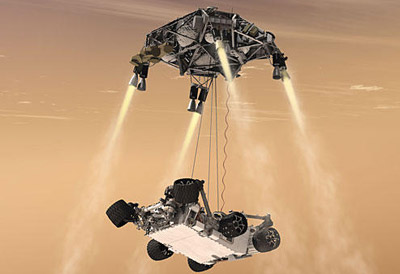 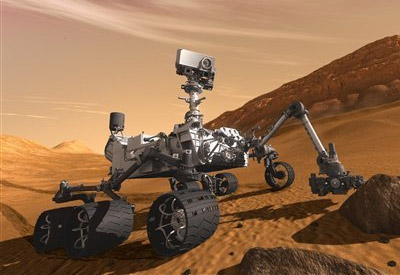 MSL (Mars Science Laboratory) is a NASA rover, which was launched on 26 November 2011 and successufully landed on 6 July 2012. It is three times as heavy as the MERs that landed in 2004, it carries more advanced and elaborate scientific instrument suite than any other mission to Mars.

The spacecraft design for Mars Science Laboratory consists of:

The spacecraft design for the Mars Science Laboratory mission is based largely on the successful twin Viking landers sent to Mars in the 1970s. The rover design is based on the Mars Exploration Rovers, which landed on Mars in early 2004. The planned system for entry, descent, and landing is entirely new. Like Viking, Pathfinder and the Mars Exploration Rovers, Mars Science Laboratory will be slowed by a large parachute. As the spacecraft loses speed, rockets will fire again, controlling the spacecraft's descent until the rover separates from its final delivery system, the sky crane. Like a large crane on Earth, the sky crane touchdown system will lower the rover to a "soft landing" - wheels down - on the surface of Mars, ready to begin its mission.

The Rover will be powered by a nuclear RTG power source instead of solar cells.

Science instruments are state-of-the-art tools for acquiring information about the geology, atmosphere, environmental conditions, and potential biosignatures on Mars. Mars Science Laboratory is being designed to carry:

The spacecraft has a launch weight 3839 kg consisting of the 899 kg rover, the 2401 kg EDL System (Aeroshell and fueled descent stage), and the 539 kg fueled cruise stage.