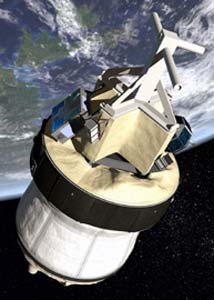 This mockup remained on the Breeze-KM upper stage and was also de-orbited with it. For this final manoeuvre the upper stage was re-ignited once more.