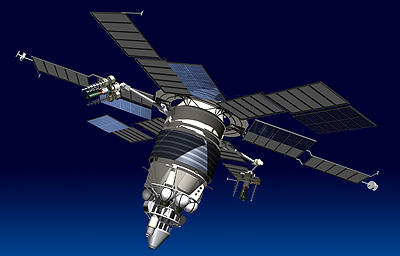 The KAUR-2 bus features the KDU-414A propellant system with the 5.114 engine.

Molniya-1T for the military telecommunications network Korund carries the Teta communications payload consisting of 5 transponders. It uses wave tubes more reliable than those of Molniya-1K's Beta, which increases the design life of the satellite from two to three years.