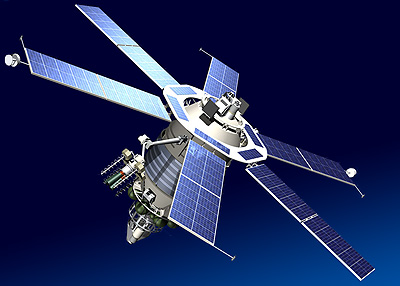 Molniya-1S was the first operating geostationary communications satellite of the Soviet Union.

After the Kosmos 637 dummy satellite was put into geostationary orbit, the Soviet Union launched a modified Molniya-1 satellite into GSO. This experimental satellite was built by NPO Prikladnoi Mekhaniki and was based on the operational Molniya-1 series.

Launch vehicle was the Proton-K Blok-DM instead of the Molniya-M Blok-ML, which was used for the high elliptical orbit version.

This satellite was the only Molniya satellite to be put into geostationary orbit.