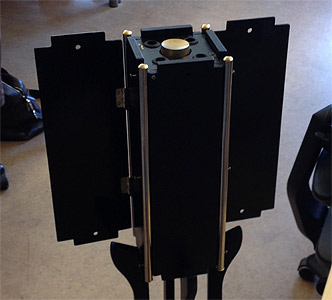 MIST is a Swedish 3U-CubeSat designed and produced by students at the KTH Space Centre.

The satellite built by students working in small teams. The project was defined in 2014, and the work started on January 28, 2015. The project is lead by Sven Grahn, an experienced satellite project manager. The objective is to build the satellite during 2015-2017 and launch it soon after that.

Seven technical and scientific experiments are included in the KTH student satellite MIST (MIniature STudent satellite). The experiments have been proposed from inside KTH, from two Swedish companies and from the Swedish Institute of Space Physics in Kiruna.