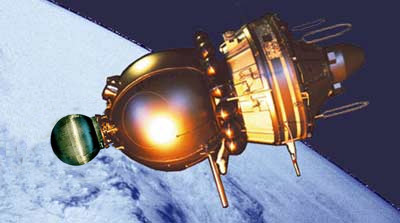 Mirka (Mikro-Rückkehrkapsel), a.k.a Mirca (Micro Reentry Capsule), was developed by Kayser-Threde GmbH, Munich and DASA Jena-Optronik GmbH, Jena under contract of the former German Space Agency DARA has a spherical shape with a diameter of about 1 m and a total mass of 154 kg. By using a new, self-supporting heat-shield structure, Mirka is a dedicated research capsule solely for performance of re-entry experiments.

Mirka remained passive and attached to the Russian re-entry capsule Foton 11 during two weeks in orbit. The assembly - Foton 8 (Foton #11) and Mirka - was attitude controled prior to deboost for re-entry. Simultaneously with the command for deboost of the Foton capsule, Mirka was activated and separated afterwards, ensuring that both capsules were landing in the same impact area. After separation from Foton 8, Mirka flew fully autonomously and performed its experiments during re-entry. At an altitude of about 7 km the parachute system was activated.