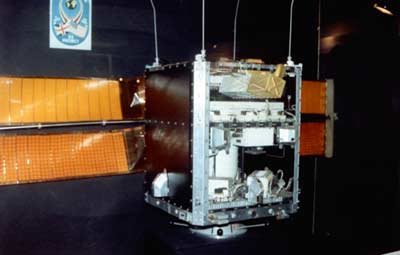 The British Miranda satellite, also known as X-4, was an experimental spacecraft. It was designed to serve as an engineering test bed to check the application of a three-axis integrating gyro system for attitude control and a three-axis rate gyro system for rate control.

The satellite was in the form of a box 83.5 cm high, with a square base 66.5 cm on a side. Electrical power to the spacecraft was supplied from batteries and solar panels. When fully deployed the panels measured 250 cm in length. The payload package consisted of:

It was originally planned to be launched on the 5th british Black Arrow booster, but due to cancellation of the launcher program it was eventually launched by a Scout-D1.