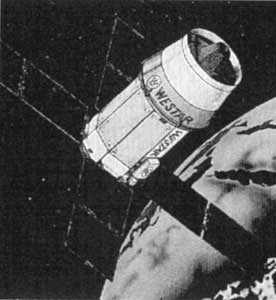 In May 1990, the Center for Space Transportation and Applied Research (CSTAR), at the University of Tennessee in Tullahoma, a university entity operating as a NASA Commercial Center for the Development of Space (CCDS), proposed COMET to the NASA Office of Commercial Programs. CSTAR proposed to procure three COMET missions for NASA for about $85 million spread over five years. CSTAR's role in the COMET program was to provide general oversight. The prime contractors for COMET were the Space Division of Westinghouse Electric Corporation, in Baltimore, which supplied the service module; Space Industries, Inc. of League City, Texas, which provided the recovery module; and EER Systems Corp. of Vienna, Va., which furnished the Conestoga-1620 launch vehicle. Space Industries, Inc. (SSI), also was to contribute payload integration, orbital operations, and the recovery system. Westinghouse's Commercial & Civil Space Department was hoping to sell COMET services to commercial customers under the business name WESTAR (Westinghouse Space Transportation and Recovery), not to be confused with the communications satellites of the same name.

In 1992 the program ran into trouble and costs rising to $158 million for three missions. By January 1994, the contract with CSTAR was dissolved, the program was reduced from a three-mission to a single-mission program with a budget of $65.8 million and EER took over as a prime contractor. As part of its deal with NASA, EER would find commercial payloads for the first COMET launch, which was now planned for 29 May 1995. EER also announced, in early January 1995, that they had secured five firm commercial payloads for the first COMET flight, and they were negotiating with customers for space on a second COMET mission, COMET 2, scheduled for launch in 1996. Finally, the COMET program was renamed METEOR (Multiple Experiment Transport to Earth Orbit & Return)

Unfortunately the METEOR failed to reach orbit due to a launch vehicle problem and the program was terminated.