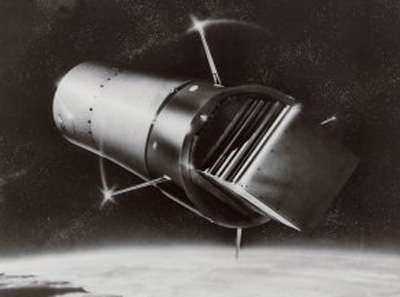 Mercury-Scout 1 (MS 1) or MNTV (Mercury Network Test vehicle) was to provide a dynamic checkout of the Mercury tracking network.

A small rectangular box held the payload, which consisted of a C- and S-band beacon, two minitrack beacons, two command receivers, and two telemetry transmitters, all with antennas; a 1500 watt-hour battery; and the fourth-stage instrumentation package. The payload was to remain attached to the fourth stage of the launch vehicle and the equipment was to function for 18 ½ hours in orbit. To conserve electrical power while in flight, the equipment would be turned off by a ground command after the first three orbits. During shutdown, the results would be analyzed, and the equipment would then be activated to make another three-orbit data collection. The planners felt that by repeating the shutdown and reactivation operation they could obtain data equivalent to three full missions, gather a wealth of information for comparison, and give the DOD and NASA trackers a good workout.

The launch vehicle for the mission was an Air Force Blue Scout-2 rocket. MS-1 was launched at Cape Canaveral from LC-18B on a true azimuth heading of 72.2 degrees east of north, aiming at an apogee of about 400 miles and a perigee of about 232 miles.